The Group is led by a Board of Directors. The operational management is under the responsibility of a CEO who relies on an executive committee. 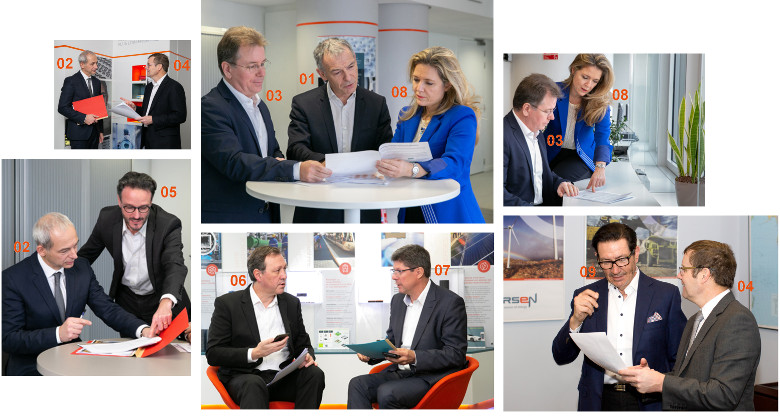 The CEO and the Executive Committee 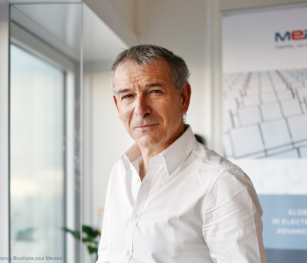 Luc Themelin is Mersen’s Chief Executive Officer since May 11, 2016. He was Chairman of the Management Board between August, 2011 and May 2016.
He joined the Mersen group in 1993 as a Research and Development engineer. He was appointed Director of the Braking Division in 1998 and Director of the High Temperatures Division in 2004. He joined the Executive Committee in 2005, while continuing to manage the Braking Division and overseeing the High Temperatures Division. On July 1, 2008, Luc Themelin was appointed as Supervisor of the Electrical Applications division and a member of the Management Board in May 2009. 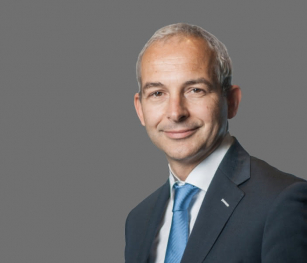 Thomas Baumgartner is Mersen’s CFO since March 2010. He was a member of the Management Board between August 2011 and May 2016.

He began his career in 1996 with Crédit Lyonnais as a credit analyst, before taking over as relationship manager for industrial large accounts. In 1999, he joined Mersen as Head of Financing and Treasury, before moving on to become Director of Planning and Management Control.

Thomas Baumgartner is a graduate of the IEP School (Political Sciences Institute) in Paris. 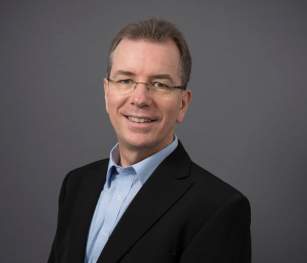 Gilles Boisseau is Executive Vice President, Electrical Power since May 2015.

He started his career in 1988 with IBM France, before joining Thomson LCD. He joined General Electric in 1993 and stayed there for 12 years, which enabled him to take on the role of CEO at GE Druck in 2003. In 2005, he was named Vice President of Global Projects at Solectron before joining Areva T&D in 2007 as Vice President of Secondary Distribution. In 2010, he joined the Schneider Electric team and took on the role of Senior VP Secondary Distribution until 2012. From 2013 to 2015, Gilles Boisseau was General Manager of Ensival Moret.

He has a degree from ENSCP (Paris National Higher School of Chemistry) and is the holder of a Master of Advanced Study in Metallurgy from Paris VI University. 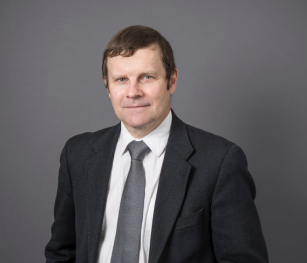 Christophe Bommier is Group Vice President, Technology, Research, Innovation and Business Support.  He was a member of the Management Board between August 2011 and December 2015.

Christophe Bommier is a graduate of the Paris School of Physics and Chemistry. 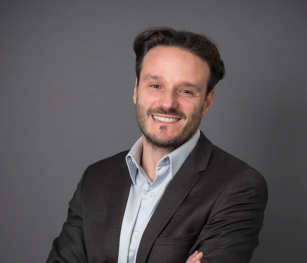 After experience as a salesman of derivatives & structured products at JP Morgan in Paris from 1993-94, Thomas held the position of deputy commercial attaché at the French Embassy in South Korea. Thomas pursued his career at Ideal Loisirs/Majorette as Group Credit Manager. He was then a consultant at Mars&Co before joining the strategy consulting firm Estin&Co in 1998, where he participated in numerous strategy, M&A and operational effectiveness assignments. He was partner and Vice President between 2004 and 2006.

He is a graduate of HEC Paris. 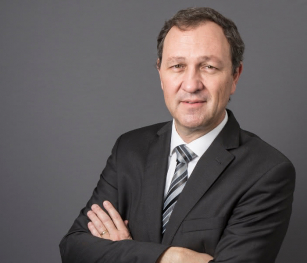 Jean-Philippe has a master of sciences graduate from Centrale Paris. 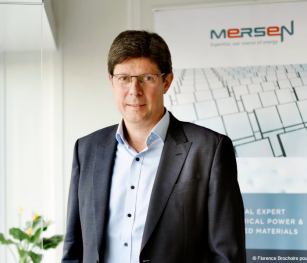 Eric Guajioty started his career at Péchiney in 1989 as Process and Quality Engineer. He joined SGL Carbon in 1995 as Project Manager, Corporate Planning & Controlling. He then successively became Managing Director of SGL Technic, VP Business Line Cathodes & Furnace lining and Director of the Electrodes Business Line.
He took the position of CEO of Linde France in 2004 and of Chairman of The Linde Holdings (France, Italy, and Portugal). In 2011, he was named Head of Performance Transformation and Strategy for the Continental & Northern Europe region of The Linde Group.

Eric Guajioty is graduate from ENSEEG and holds a Doctorate from the Institut National Polytechnique de Grenoble. 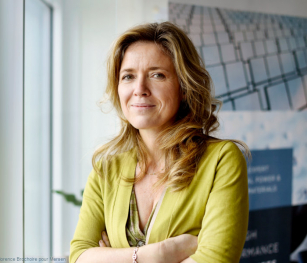 Estelle Legrand is a graduate of Paris University X with a master in business law and a DJCE diploma (company law masters degree). 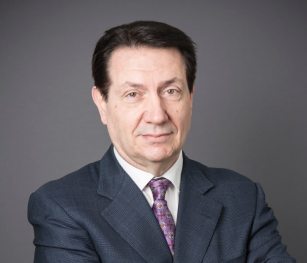 Didier Muller is Group Vice President, Asia and Latin America.  He was a member of the Management Board between August 2011 and December 2015.

Didier Muller began his career in 1981 and held several sales positions. He joined the Mersen group in 1989, being given responsibility for various subsidiaries and divisions, predominantly in international markets. He directed the South America region before heading up the Electrical Applications division in 2006. In July 2012 he also took over management of the Chemical Engineering division.

Didier Muller is a graduate of the Rouen ESC business school and holds a master’s degree in economic science.