Luc Themelin, Mersen’s Chief Executive Officer, said: “Mersen delivered an excellent performance in the first half of the year, achieving record sales in particular. This is a success for all of our employees. The Group benefited from its positioning in renewable energy markets and the dynamic process industries in North America and Europe, which largely drove up volumes. Combined with our pricing power in an inflationary context, this momentum fueled a sharp increase in operating margin before non-recurring items. Despite the complex and uncertain environment, demand is still high and we are continuing to show agility in leveraging our unique positions to best serve our customers. This enabled us to raise our targets for full-year 2022 sales and operating margin before non-recurring items on July 20, and we are confirming that guidance today.”

Mersen reported consolidated sales of €269 million for the second quarter of 2022, up by a sharp 10% at constant scope and exchange rates compared with the same period in 2021. Taking into account the favorable currency effect, sales grew by more than 16%.

Europe recorded sales growth of almost 9% in the second quarter, driven by strong momentum in the renewable energy market and process industries.

Sales in Asia grew by over 6% despite the negative impact of the partial lockdown in China during the period. Growth was particularly robust in Japan and South Korea, thanks to process industries and energy storage.

In North America, strong growth was fueled by the buoyant electrical distribution and electronics markets. The rail and aeronautics markets also posted growth.

Lastly, the contraction in sales in the Rest of the World was mainly due to a base effect, as the Group benefited from important deliveries of heat exchangers for the chemicals industry in South America in June 2021.

Mersen’s consolidated sales amounted to €524 million for the first six months of 2022 – the highest level ever achieved in the period. They were up 11.1% on an organic basis compared with first-half 2021. Taking into account the favorable currency effect, sales grew by 16.3%.

Advanced Materials sales totaled €292 million in the first half of 2022, representing organic growth of 12.5%. Growth was particularly robust in the renewable energy markets – in particular solar energy - and in process industries. The semiconductor market posted more moderate growth due to an especially high comparable base, but a healthy order backlog confirms the sector’s good outlook. The rail and aeronautics markets continued their recovery. The chemicals market was flat overall year on year but enjoyed an uptick in order intake toward the end of the period.

In the Electrical Power segment, first-half sales totaled €232 million, up by more than 9% year on year on an organic basis. Like Advanced Materials, the Electrical Power segment benefited from a highly dynamic renewable energy market. The process industries market also delivered solid growth, propelled by electrical distribution in the United States. The transportation market, meanwhile, benefited from a recovery in aeronautics.

In Europe, growth was robust in both segments in the process industry and electronics markets, with Spain, Italy and Germany performing the most strongly.

Momentum was brisk all across Asia, with the exception of China due to the partial lockdown in the second quarter. Excluding China, the region grew by double digits thanks to the renewable energy and semiconductors markets.

Lastly, growth in North America continued to be strong, with particularly good performances in process industries and renewable energies.

The year-on-year increase was to a large extent due to the effect of higher volumes. The Group’s pricing power in the period also enabled it to offset the higher cost of raw materials and energy, while productivity gains partly offset wage inflation.

Operating income before non-recurring items for the Advanced Materials segment was €44.1 million, resulting in an operating margin before non-recurring items of 15.1% of sales compared with 13.6% for the same period in 2021. The year-on-year increase was mainly attributable to a favorable volume effect, higher selling prices that offset the rising cost of raw materials, energy and wages. In addition, the segment’s earnings include the production start-up costs at the Columbia site (United States), as well as R&D costs linked to the project with Soitec (SiC semiconductors).

In the Electrical Power segment, operating income before non-recurring items came to €21.2 million, compared with €18.9 million for the first half of 2021. This represents an operating margin before non-recurring items of 9.1% of sales. The segment benefited from a favorable volume effect in the period. Rising raw material costs and wages were partly offset by higher selling prices. The segment also continued to build up its dedicated team for the electric vehicle market over the period.

Net financial expense came to €5.3 million for the period, down slightly from the prior year thanks primarily to the competitive financial conditions of the most recent US private placement (USPP).

Income tax expense amounted to €10.8 million for the period, representing an effective tax rate of 22%.

Working capital requirement increased sharply in the first half of the year, due to the unfavorable seasonal effect in the period, the payment of large bonuses for 2021, and the strong growth in sales. The significant rise in inventories was also linked to ongoing industrial projects, in particular the production start-up at the Columbia site (United States), as well as efforts to secure raw material supplies against a backdrop of greater supply chain pressure for certain product lines. The WCR ratio stood at 25% of sales, up significantly from the particularly low level recorded at June 30, 2021. As a result, cash flow from operating activities came to €5.3 million for the period, versus €46.2 million in first-half 2021.

Capital expenditure amounted to €33.5 million. Over 75% of this total related to the Advanced Materials segment, notably specific expansion projects launched by the Group, such as the increase in isostatic graphite production capacity at the Columbia site (United States) and capacity for the semiconductor market in all geographies.

At June 30, 2022, the Group’s net debt stood at €241 million, significantly higher than at end-December 2021. On the other hand, net pension obligations, at €35 million, were down by a sharp €14 million due to higher long-term interest rates. Lease liabilities amounted to €54 million.

The Group has a solid financial structure, with €165 million in undrawn credit facilities (including NEU CP hedging) and €60 million in available cash at end-June 2022. The average maturity of the Group’s financing is 5.5 years.

As announced in the press release dated July 20, 2022, the Group has revised its full-year 2022 guidance upwards and now expects:

In the second half of the year, the Group will continue its policy of raising prices to cover the higher cost of energy and certain raw materials, in particular in the Advanced Materials segment.

These interim consolidated financial statements were approved for issue by the Board of Directors on July 28, 2022. The Group's results for first-half 2022 will be presented on July 29, 2022 at 10:00 a.m. CET in a webcast with a conference call (link here).

The half-year report and results presentation will be then available from the corporate website at https://www.mersen.com.

Mersen is a global expert in electrical specialties and advanced materials for high-tech industries. With more than 50 industrial sites and 16 R&D centers in 35 countries around the world, Mersen develops custom-built solutions and delivers key products for clients in order to meet the new technological challenges shaping tomorrow’s world. For over 130 years, Mersen has focused tirelessly on innovation to accompany its clients and meet their needs. Be it in wind power, solar power, electronics, electric vehicles, aeronautics, space or countless other sectors, wherever technology is progressing, you will always find a bit of Mersen.

The “Mersen IR” app, which is specially designed for investors, is available for both iOS and Android devices and can be downloaded from Apple’s App Store or Google Play on your smartphone or tablet.
You can also scan the QR code below: 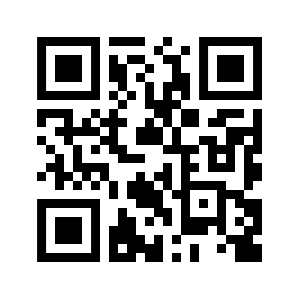